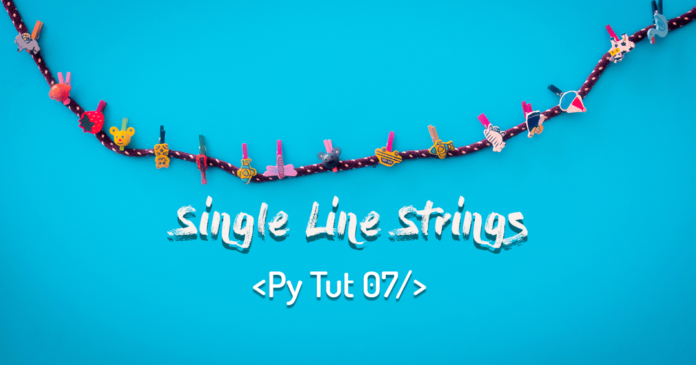 Today is the day when I do that. In this article, we will learn how to use single or double quotes for handling single line strings in Python Programming.

What is String in Computer Programming?

In computer programming language, strings are nothing but a single dimension array of characters. You can define a string in easy words as “a sequence of characters”.

For example, Rebellion Rider is a string made up of 14 alphabetic characters and a white space which in total becomes 15 characters. Thus we can say Rebellion rider is a sequence of 15 characters which makes it eligible to be called a string.

Types of Strings in Computer Programming.

In computer programming languages like Python, a string can be categorized as

Let’s just focus on Single Line string in this tutorial and save the multiline for the next one.

How to work with Single Line String in Python Programming

In Python programming language there are multiple ways of handling a string. Among those the most common ways are:

Apart from these two options, Python Interpreter provides us one more way which is for handling multi-line string. We will discuss it in another tutorial. For now, let’s learn when to use the single quote and the double quote.

How Python Interpreter Processes a String?

Before we start the demonstration, let’s first understand how Python interpreter Processes a string.

When To Use Single or Double Quotes?

In order to learn how and when to use Single or Double Quotes, we will take help of three different strings. These strings will be –

What’s so special about these strings?

String 1: The first string, which is “I am learning Python from RebellionRider.com” is a very simple string. I am calling it a simple string because unlike other two strings, it does not contain any special punctuation marks such as an apostrophe or any other quotation marks.

String 2: The Second string which is “What’s up Internet” is our favorite string. As you can see it contains an apostrophe sign in the middle. This apostrophe sign will require our special attention.

String 3: The apostrophe sign of string 2 is not the only one demanding special attention. The phrase “Python Programmer” which is enclosed in a pair of double quotes also requires some extra attention. It is not the phrase that is special but the double quotation marks in which it is enclosed that needs to be handled differently.

Example 1: Do we need a single or double quote for a simple string?

To understand whether we should use a pair of single quote or a double quote to display a simple string let’s do a demonstration. For that, we will use our first string which is “I am learning Python from RebellionRider.com”.

In the case of simple string which does not involve any special punctuation marks, the choice of using quotation mark completely depends on you. You can enclose the string either in single quotes or in double quotes. You are free to use whichever you want.

Which means both the above shown statements are correct and will work.

To learn when to use double quotes in Python Programming let’s take our second string which is “What’s up Internet”, our all-time favourite string. As we can see that this string contains a punctuation mark which is apostrophe in the middle (What’s). If we enclose this string into a pair of single quotes then we will get an error because the interpreter translates this apostrophe sign as a closing single quote.

In case you don’t believe me then try to print the statement given below on your system and see, what it yields. 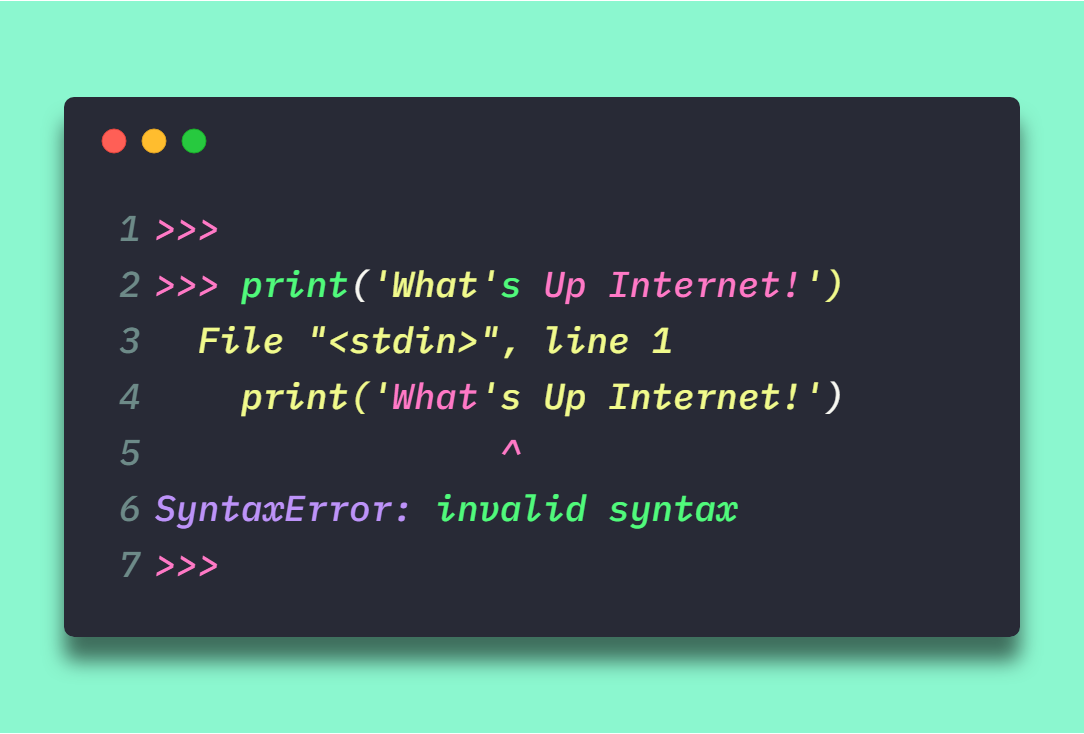 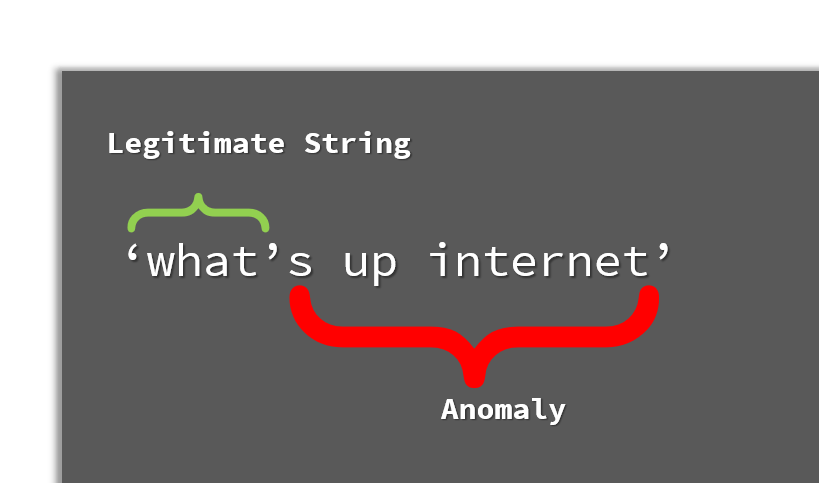 If you want to print a statement which contains special punctuation signs like an apostrophe or has any phrase enclosed in single quotes in the middle then it’s best to enclose that string into a pair of double quotes. For example

How about the single quote then?

In order to understand when we should use single quotes with strings in Python Programming let’s take our third string which is “I am going to be a “Python Programmer” very soon.”

This is again a simple string except that it has a phrase in between which is enclosed in double quotes (“Python Programmer”).  We just need to make sure that these double quotes get translated as they intended to be.

If we enclose this string into double quotes then we will get the same error we received earlier.

Try this statement and check the error.

That’s how and when we use single and double quotation marks for handling single line strings in Python Programming Language. Now it’s time for you to evaluate yourself. I want you to go ahead and write python programs to print these strings which are flashing on your screen.

Let’s see how much you learnt.

That’s it for this tutorial, stay tuned as in the next tutorial we will learn how to deal with punctuation marks without switching between single and double quotes. Thanks & have a great day!

How To Become Oracle Certified DBA

What Are Table Based Record Datatypes In Oracle Database

How To Install Oracle Database 18c On Windows 10

How To Create Instead-Of DELETE Trigger In Oracle PL/SQL