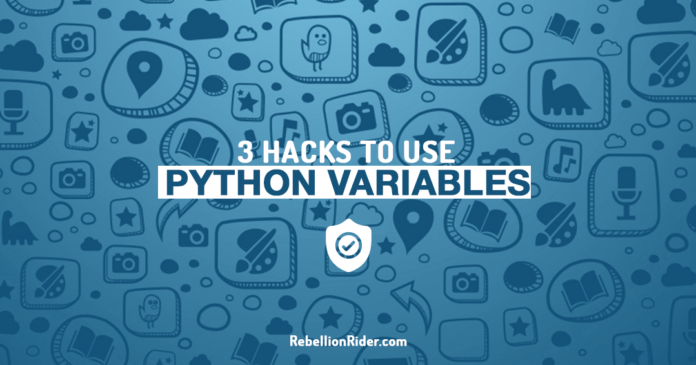 The concept of Python variable is more or less the same in every programming language, except for a few minor changes. Today, in this video we will learn if the variables in Python Programming are any different from others.

What are Variables in Python?

We can define a Python variable as “A name that represents a value in Computer’s Memory”. We can use that name to refer to that value later in the program.

How to create a Python variable?

Similar to every other programming language, in Python Programming we use an assignment statement to create a variable. I will show you how. 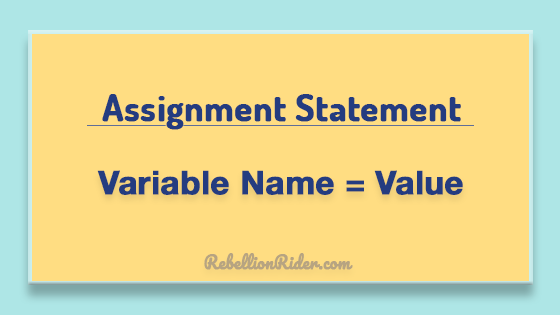 For example, let’s say I need to use the value of ‘pi’ in my program repeatedly, therefore I decided to create a variable with the name ‘pi’ and assigned the value 3.141 to it.

Naming Rules for Variables in Python

Where is the datatype of the variable?

In Python Programming we don’t need to specify the data type of the variable while creating them. Python interpreter assigns a proper data type to the variable during runtime.

Let me explain this in detail to you.

Programming Languages are either Dynamically Typed or Statically Typed. In a statically typed programming language, we need to tell the compiler everything about the variable beforehand. For example, to declare a variable in PL/SQL we first need to write the name of the variable followed by the data type and then the data width enclosed in the parenthesis.

Python is one of those dynamically typed languages. That’s why you don’t have to go through all the trouble of specifying the data type or the data width of the variable. Python interpreter will handle it for you.

There are three ways of storing values in a Python variable. Let’s learn those

The most commonly used assignment operation is a direct assignment of value into the variable. In this way, you create a variable and store a value into it.

In the first line of the above code, we created two variables with the name ‘Var1’ and ‘var2’. Also, we initialized them with an integer value which is 89. In this way, both variables will share the same value.

Here the python interpreter will store the value at a location in computer’s memory. The value in my case is 89 and both the variables will point to that location. 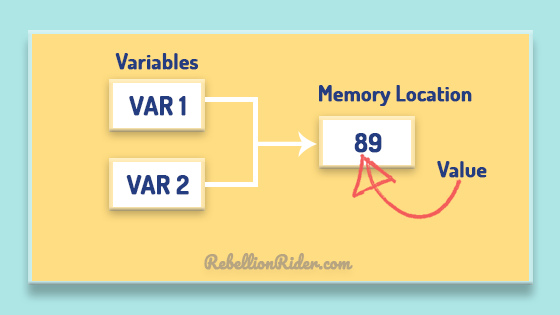 I will explain to you what happens in the background when you declare a variable in a little bit, so hang on!

The first line of this code is an assignment statement. Using this we declare and initialize three variables at once.

In this process, we simply have to write the name of the variables separated by commas on the left-hand side of the assignment operator. While on the right-hand side, write their values again separated by commas. Just make sure you get the order of the values correct. This is because the first value will get stored into the first variable and second value into the second variable and so on.

Let me explain what happens in the background when you declare variables in Python. This will help you in better understanding the dynamically typed nature of the Python.

Can we store expressions in a Python variable?

Yes, in Python we can assign an arithmetic expression to a variable. For example –

Here in the first line of the code I created a variable with the name EXP. After that I stored an expression into it.

What will be the data type of the variable EXP?

How interpreter will process this?

The interpreter does all the heavy lifting for you here. Firstly, it checks the statement for any error. Secondly, it assigns a unique ID to the name of the variable. Once it is done, it comes to the expression and evaluates it. After a successful evaluation, it stores the value into the memory and assigns it to the variable. Lastly, it sets the data type of the variable according to the result of the expression it derived after evaluating it.

That’s how variables get declared and initialized in Python Programming. Hope you enjoyed reading and got all your confusions cleared. Please do comment and let me know what part of the article you enjoyed the most. You can also send me a message on my Facebook & Twitter.

Please, don’t leave without sharing this blog on your social media. Thanks and have a great day.

I’m Not A Computer Science Student Can I Do Oracle Database Certification?

How To Uninstall Oracle Database 19c

What Is Data Warehouse: Definition And Benefits