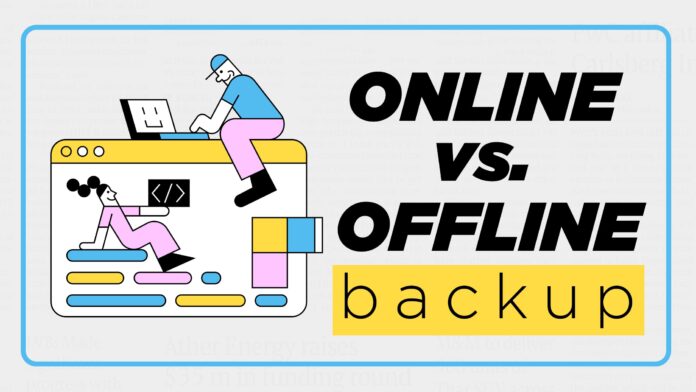 In this article we will focus on Online and Offline Backup, what are they? What are their Advantages and disadvantages.

Offline backup, as the name suggests is a backup which is performed while the database instance is down. Offline backup is also known as cold backup.

Even though the backup created while the database is down is Complete Backup of the database but it is still not recommended and it’s all because of its advantage. Yes, its biggest advantage is also, its disadvantage.

Since it does not need any special configuration thus it’s possible that your database is in its default mode of operation which is NOARCHIVELOG. In this case, any changes made after the full backup are not recoverable. In a database which is running in NOARCHIVELOG , the point-in-time recovery is also not possible. Thus it’s always recommended to put your database in ARCHIVELOG mode.

The second disadvantage is the down time of the database. Since in order to take a full offline backup we need to shut down the database. And while the database is down no one can access it. In a large production databases this downtime can be a huge issue.

So you must be wondering – Since we have performed the backup while the database instance is down thus it should be consistent?

But in case the database is shutdown in an incorrect manner with SHUTDOWN ABORT command then the Database redo logs, control files and data files are not synced with each other.

Thus calling an offline backup of the database consistent, when the operations were aborted abruptly, will be wrong.

Online backup is quite the opposite of the offline backup. Which means a backup which was taken when the database is up and running is called an Online Backup. Online backup is also known as Hot Backup.

To perform an online backup, our database requires some special configuration. That is – Online Backup can be performed only on those database which are running in ARCHIVELOG mode. You can call it a disadvantage, but the good thing is that it’s just a one-time thing.

The biggest advantage of online backup over offline backup is that – It’s down time is near zero.

We will learn more about inconsistent and consistent backup in the next tutorial which will be coming on my YouTube channel. So make sure to subscribe.

That’s it for this tutorial. Thanks and have a great day.

How To MULTIPLEX a CONTROL FILE using PFILE in Oracle Database

How To Multiplex a Control File

What Are Loops & Simple Loops In PL/SQL

How to insert data using INSERT INTO DML Statement